Rajkaran.com - a unique mobile app to bridge the communication gap between politicians and citizens to be launched soon

Surat (Gujarat) [India], May 13 (ANI/PNN): Have you ever thought of an online platform that reduces the communication gap between politicians and citizens in the pre and post-election scenario in India?
If not, then you are soon going to encounter one.
For the first time, India will see the debut of politically social mobile app based platform Rajkaran.com that will allow citizens to directly communicate their queries, thoughts, and questions with the politicians in their constituency/city/state and receive responses directly from politician.
How does Rajkaran.com function?
In the next 90-120 days, politicians, including MLAs, MPs, Counsellors, Ministers, etc., will be procuring their respective handles -- similar to other social media handles to avoid any misdeed in future on Rajkaran.com. Every politician who joins Rajkaran.com will have their own profile, list of accomplishments, present position, and agendas.
The politicians will receive ratings for their performance month on month bases by citizens and political journalists. This will not only evaluate the performance on timely manner, but will also help political parties and citizens to understand while election is in process. The aggregated ratings of the politicians will be posted on Rajkaran.com.
Arpit Thakar, the founder of Rajakaran.com, stated, "Rajakaran.com is a novel politically social platform to bridge the communication gap between Indian individuals and politicians. We keep crying about politicians but never took a right approach to see what all they really do time and again. There is a saying "Desh uparwala chala raha hai but actually the hardcore good admistrative politicians are doing good job" Its time to change the perception of young generation and divert them to political activities for sake of good governance and execution. 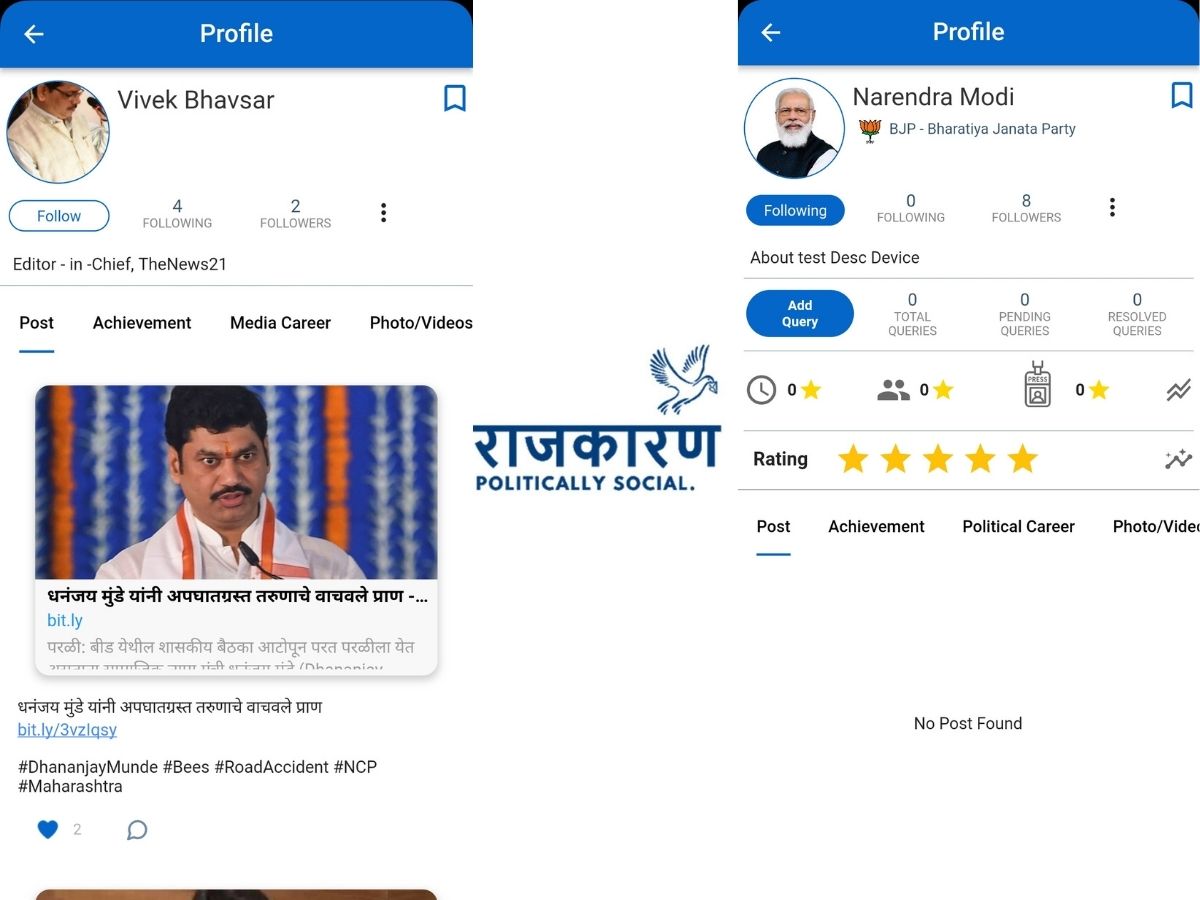 This is a beta version of an exclusive politically social application for IOS and Android users. "Application will give advance level of data solution to politician and will be providing them ORM (online reputation management) and CRM (citizen relation management) activities. Citizens, celebrities, political journalists, media, organizations, etc., will also be part of Rajkaran.com as end users."
Arpit, who spent 18 years working abroad in the fields of compliance and regulatory verticals, etc., has a broad experience in Income Tax law in India as well and has worked extensively in the field of education.
"Rajkaran.com is all about positive politics and praising the work of politicians each month for work completed or in progress. In addition, political journalists working for various publications will have a significant say in this system. Arpit stated that they (political journalists) can publish their pieces for free on the platform to reach a larger audience in the country.
According to Arpit, planning for Rajkaran.com began way back in 2004 when he was working in the United States. He desired to build a platform that would provide greater openness on the month-to-month activities and commitments of lawmakers. "When it comes to politics and matters pertaining to India, it is preferable to address them on a homegrown Make in India forum Rajkaran.com and settle them within." Arpit added.
"We have already begun enlisting politicians on Rajkaran.com in Maharashtra, Gujarat, Bihar and Uttar Pradesh" stated Arpit.
Android : bit.ly/rajkaran
iOS : https://apple.co/3M5gGSM
This story is provided by PNN. ANI will not be responsible in any way for the content of this article. (ANI/PNN)